I have just finished reading Dale Carnegie’s bestselling book How to Win Friends and Influence People, which was originally published in 1936. I took notes as I was reading and got a lot out of it.

The attached Word document (above) summarizes the things that I got from the book– namely, what struck me most, plus some experiences and observations of my own.

My parents had a paperback copy of How to Win Friends and Influence People on our living room bookshelf in Cambridge, Massachusetts. I recall for some reason that the paperback was laminated (I think that is the right word) – it had a sort of plastic tissue overlay.

I made a stab at reading it when I was in the sixth grade. How to Win Friends and Influence People, I thought. I’d certainly like to know how to do that!

I remember reading a chapter which advised the reader not to talk about themselves all the time, but to show an interest in the other person. I decided to try this out on my mother.

We were gathered in the living room of an evening. I said to my mother, “So, how are you today, Mom?”

She was nonplussed, but answered again that she was fine.

“Well, tell me about yourself,” I said.

The conversation had begun to seem a little odd to her. It went on very briefly, awkwardly, then ceased. My mother couldn’t quite figure what I was up to.

Picking up the book now, I wasn’t sure what to think. I was reminded of an experience my hero Samuel Johnson once had as a reader.

Johnson once read a book offering spiritual guidance: A Serious Call To a Devout and Holy Life by William Law. Johnson told James Boswell that he “began to read it expecting to find it a dull book (as such books generally are), and perhaps to laugh at it. But I found Law quite an overmatch for me; and this was the first occasion of my thinking in earnest of religion, after I became capable of rational inquiry.”

Well, I wasn’t sure that I should take Dale Carnegie’s book seriously either. I am suspicious of books that are so popular, and of self-help books. Which it is. And, the precepts laid down by Carnegie could be considered simplistic – they sound good, but can they really be followed? It reminds me of another book that is somewhat similar: Erich Fromm’s The Art of Loving.

When I read Fromm – as is the case with Carnegie now – I had a similar experience. I found myself saying over and over again to myself, “Yes, so true.” I guess what one might say is that the books are a lot more right than they are wrong, and it doesn’t hurt to be reminded of the many good things the authors have to say.

I do not know anything about Fromm’s background, and not that much about Carnegie’s either, but Carnegie’s precepts were grounded in experience, which perhaps accounts for their impact. And, he writes simply and clearly, a great virtue not usually observed. 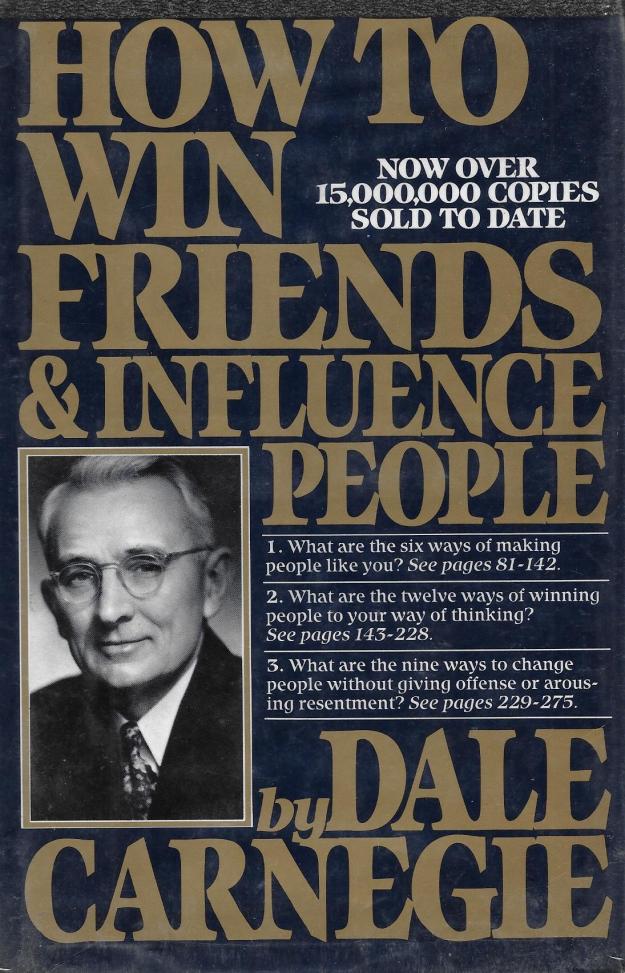