A day trip to Paris and back that I made on Monday, June 6, 2016 with my friend Patrice Petillot was a memorable one. I feel the urge to write about it and to share some of my observations and thoughts about Paris.

We left my friend’s house in Belgian Flanders very early on Monday morning and drove to the city of Lille in French Flanders (in northern France), where my friend Patrice, a doctor, works in a hospital. It’s about an hour drive.

Patrice was wary of the contrôle, as he calls them: soldiers who man a checkpoint on the highway at the border between Belgium and France. The checkpoints were begun in response to recent terrorist actions.

The security checks of motorists, such as they are (hit and miss), have created big traffic jams and Patrice says they are ineffectual, useless. He avoided the worst congestion by taking a detour.

We took a bullet train from Lille to Paris. It travels at a speed of about 200-220 km/hr (about 130 mph). Such speeds are rarely possible with US trains because the tracks here are not well maintained.

We arrived at the Gare du Nord in Paris about an hour later. It was my third lifetime visit to Paris.

I remember when I first came to New York City in my early twenties. I was thrilled and also overwhelmed. The City fascinated, engrossed, excited, awed, intimidated me — seemed too much for me.

You could never for a minute cease to be aware: I’m in NEW YORK.

Ditto for Paris. One is continually saying to oneself: I’m in PARIS.

We emerge from the Gare du Nord into the streets of the 10th arrondissement. Just like in Manhattan, wherever you seem to set foot, take a step in Paris, you feel — indeed are — very much in the thick of things.

We proceed through the station district past cafés and brasseries that are starting to get filled up with customers. Past newsstands and shops. Middle Eastern and Asian restaurants that haven’t opened yet.

On the Rue du Faubourg in the arrondissement of Saint-Denis, we pass a fruit market that is manned by a young Muslim man.

Patrice purchases a half kilo of cherries for approximately five euros, which we quickly devour on our way. Delicious! One can’t get cherries this fresh or good in New York.

The Gare du Nord is not far from Notre-Dame Cathedral – a must see for me – which is on the Île de la Cité bordering the Seine. I visited Notre-Dame once before, 44 years ago!

The lines to enter the cathedral are too long for us to wait, but seeing this marvelous twelfth century church from the outside is quite enough.

I consider myself a very poor architectural critic. I took two semesters of medieval art at Brandeis University with Professor Joachim Gaehde that I loved while often being weak in comprehension as far as the technical aspects were concerned. Gothic vs. Romanesque architecture, flying buttresses, etc. — I was at sea.

But when it comes to Notre-Dame, which was built in stages over a period of many years, I find that I can appreciate it aesthetically.

Viewed straight on, the tripartite cathedral facade of Notre-Dame is, on one hand, imposing, with a grandeur that is inspiring and (for lack of a better word to convey its effect on the senses) impressive.

On the other hand, there are a simplicity and clarity about the architecture that make the cathedral welcoming and accessible. The design is not gaudy or “busy,” so to speak. Two sections flanking a central one (the entranceway).

We proceed along the muddy Seine skirting the right side of the cathedral — beautiful to view, awesome in its own right– past the famous booksellers’ stalls, which at around eleven a.m. are not yet open.

It’s about a two hour walk each way to visit a new friend of mine, a retired American literature professor, in her apartment in the 5th arrondissement on the Rive Gauche (Left Bank). She lives right next to the Grand Mosque of Paris and right across the street from the Jardin des Plantes — two landmarks.

Just before getting there, we stop for a beer in a cafe bar with sidewalk tables.

My literary friend’s apartment is spacious for a single person. She is on the top, sixth, floor, reached by elevator. There are two big windows in her living room that provide a spectacular view of the Jardin des Plantes, which is a rare amenity in Paris and a luxury, I’m told.

My friend serves me, Patrice, and a third guest whom she has invited (also a retired American literature professor) a typical multi course French lunch.

They both give me treasured rare books as gifts.

Patrice and I stop at a glacerie to rest and cool off on the way back. The sidewalks are even more crowded now. Lots of kids with their parents. Young couples.

I order two scoops of vanilla ice cream plus a lemon drink. The drink is served as follows: The waiter places a carafe of water on the table beside which there is a smaller glass with lemon syrup in it. You pour the water into the syrup to create the drink, which is delicious and refreshing. The price of the ice cream plus drink is expensive, somewhere around fifteen euros. Everything in Paris is très cher.

Our route back to the train station takes us near La Maison de Victor Hugo (Victor Hugo’s House) on the Place des Vosges in the 4th arrondissement. Unfortunately, it is closed on Mondays.

We stop for another beer at an open air table near the train station.

One day only in Paris. A hot, sultry, sunny June day. We had just enough time to walk from the train station to the 5th arrondissement and back. What a spectacular and wonderful day.

Patrice, who grew up in Paris, now lives (in Belgium) in a suburb. He prefers it, finds the crowding and hassles of city life not to his liking.

I am a confirmed New Yorker and absolutely love Paris. The chief thing I have noticed and like is that Paris is so WALKABLE. It is very much like New York in this respect. I actually think it may be better!

When on foot in Paris, it seems that every which way you turn, at every corner you round, with every step, something is right there that is interesting and fun to look at. To say nothing of the people. The sidewalks are wide and are made for walking. There are interesting looking people of all ages and races (just like in New York) everywhere.

And, it’s a beautiful city, much more beautiful – I must admit – than New York. 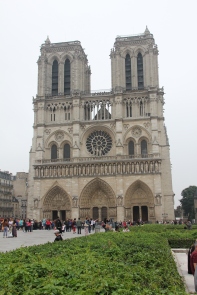 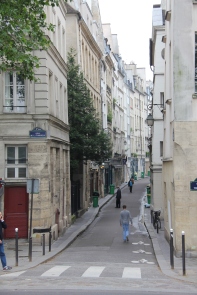 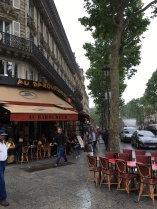 near the Gare du Nord 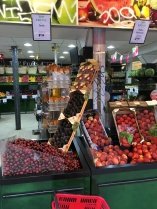 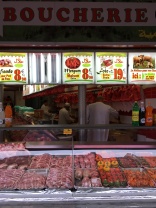 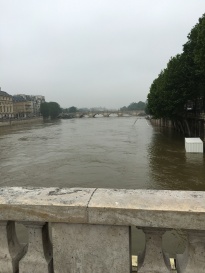 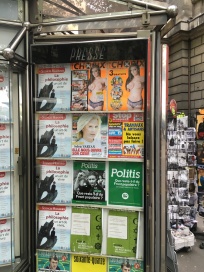 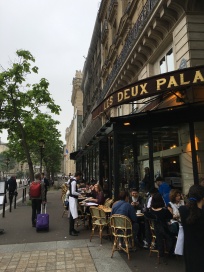 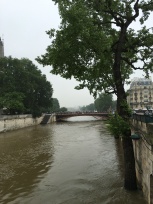 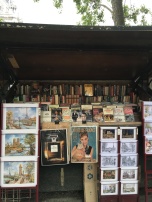 booksellers’ stalls on the banks of la Seigne 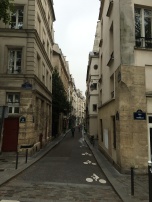 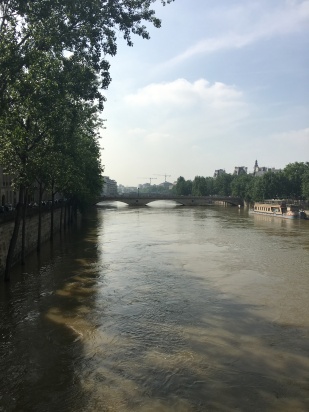 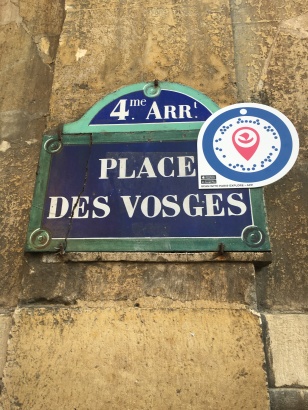 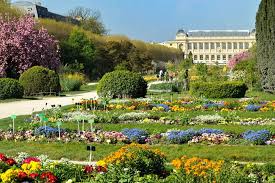 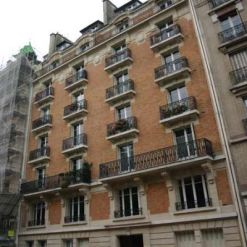 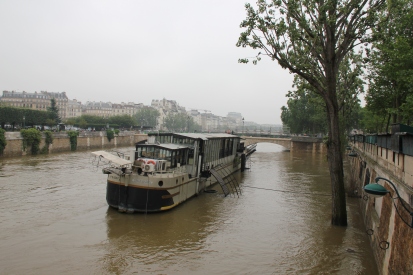 boat on the Seine 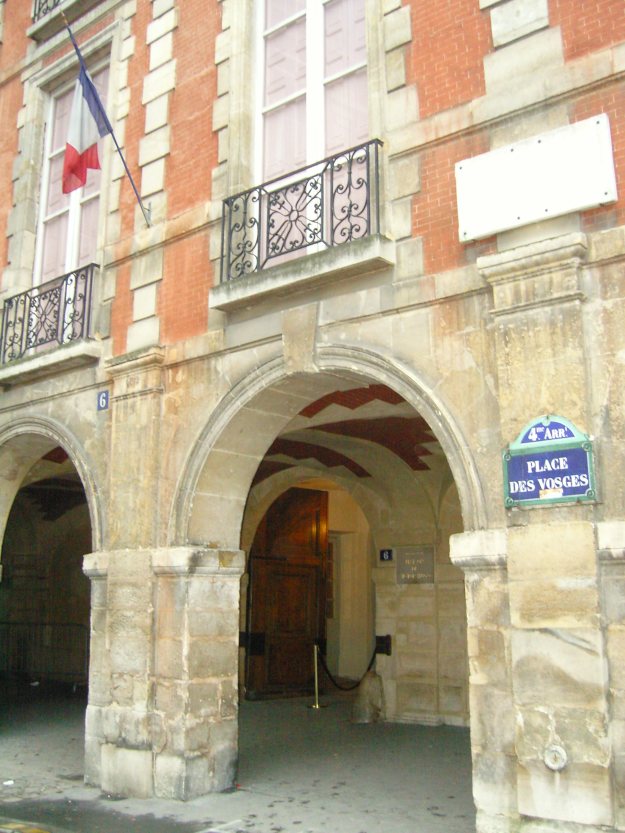