I have begun studying German.

I knew a smattering of German already.

I was motivated to take the course from my love of studying foreign languages. And to learn a language which is so important in Western culture and scholarship, and in music. I have recently heard performances of outstanding vocal works with a libretto or lyrics in German by composers such as Haydn, Brahms, Hindemith, and Franz Schreker.

I am in my fifth or sixth week of an introductory German course at a language school in Manhattan. A very small class, which is great. A great teacher …. Peter, German; he lives in Manhattan now.

As I and my fellow students were laboring over reading sentences out loud yesterday, trying to pronounce the German words, it called to mind for me what it was like learning to read in the first grade. Reading out loud (in the first grade) in small groups (“reading circles”) and laboring to sound out the words on the page, in our reader, Dick and Jane. Plus phonics instruction, so tedious, as I recall it being then.

I remember when I learned to read; from one moment to the next I moved on from slowly spelling out the words to reading fluently and my life changed forever! — comment by Elisabeth van der Meer, on my post about reading, October 21, 2019

I had a similar experience struggling to learn and sound out the Russian alphabet and to read from the printed page (in Russian) in an introductory Russian class in my sophomore year at Brandeis University.

In a language course, especially an introductory one, the teacher is everything. I have had some outstanding language teachers, such as Miss McCauley for French (in high school) and Luciana de Ames, a Spanish instructor at Columbia University.

And Walter Stock, in a Gaelic course at the Gaelic Society of New York.

In the late 1960’s, I saw an advertisement in the Village Voice for Irish (Gaelic) courses at the Gaelic Society in Manhattan. To the question, why study such a language, one that I would never need to use, I would have answered (and would still), why not? A language is a window into a culture. And, the grammatical or linguistic aspects of different languages have always fascinated me. To study a Celtic language! The Celtic languages are related distantly to a broader hypothesized family of languages including our own.

Mr. Stock would begin by going around the class, saying, “Dia duit” (hello) to each of us. He had us involved and enthused. He was a born language teacher.

After a few weeks, Mr. Stock, to my profound disappointment, had to leave because of professional commitments. The class was taken over by an Irish woman who lacked pedagogical skills. I quit after one class with her. She began the class by telling us to open our books. Then, sitting at a desk at the front of the room, she read from exercises in the book with the class presumably following. There was no interaction or class participation. Mr. Stock, her opposite as a teacher, not only got us speaking Irish from the outset, he was knowledgeable about languages and linguistics and was always pointing out interesting linguistic features and similarities between Irish and other languages. Peter, our current German teacher, does the same thing.

I still have my two Gaelic textbooks.

It is so hands on (foreign language instruction). It reminds me of a subject like math. You have to make sure that the class does not get lost. Everything is progressive. Step by step, incremental. Interaction in the class is important. So that students in a language course can practice and so that everyone is keeping up. Or, in a math class, say. to make sure the material was understood and pupils can do the problems.

It’s not like a history or sociology or class, say, where one can skip a lecture or two.

The teaching style of my high school mathematics teacher, Mr. Badoian, seemed at times too “authoritarian” or top down. As if he were a football coach making us run endless drills. But I see now (and Mr. Badoain was a great teacher) that there was no other way. It was a lot different than my English class.

By the way, my father was a piano teacher. It was a lifetime occupation. I wonder how all of this applies to him. Teaching a musical instrument must involve similar challenges and demands. 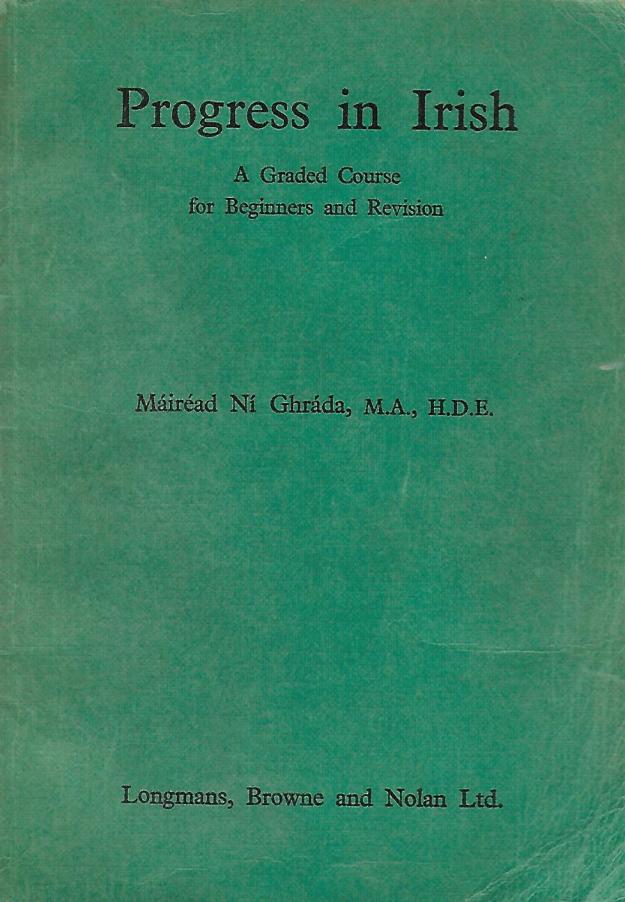 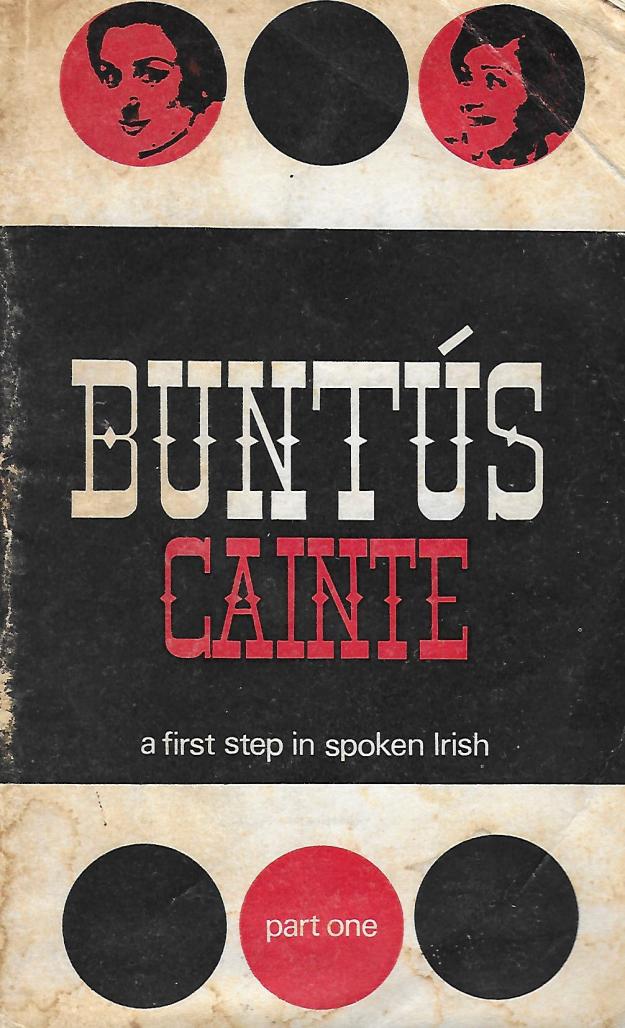 paper on ‘Platero y yo’ (in Spanish)

The short paper on the prose poem Platero y yo (Platero and I) by the Spanish poet Juan Ramón Jiménez — it amounts to an appréciation — that I have posted here (downloadable file above) was written by me in an introductory Spanish course at Columbia University in the 1970’s.

I have been a great admirer of Jiménez since my teenage years, when I found out about him from my older brother. He was reading Jiménez’s classic in an English translation and greatly admired it.

Platero y yo is a simple, semi-autobiographical account, written in the first person, about a poet and his donkey. It evokes the region of Andalusia and the town of Moguer, the author’s birthplace (which I have visited).

My instructor for first year Spanish was Luciana de Ames. I believe she was Italian.

She was gorgeous. It was an all male class. It seemed like the whole class was in love with her. I certainly was.

She was a great foreign language teacher.

I got an A in her course in the spring of 1974 and an A plus from her in the second semester of the course.

I attended a lecture in Spanish that she gave to the Spanish Department. I did not understand most of it. It was on the Peruvian poet Cesar Vallejo (1892–1938), who was the focus of her scholarly interest.

Her literary enthusiasms also included Cien años de soledad (One Hundred Years of Solitude) by Gabriel García Márquez, which had recently been published. Mrs. de Ames raved about the book.

Mrs. de Ames was married with a son about five years old. I ran into her walking with her son one day in Riverside Park. She was eating from a bag of potato chips. She was very friendly and didn’t seem at all fazed by meeting me in a different setting.

She was a natural. Open and unaffected. Extremely energetic and enthusiastic as a teacher and scholar, a lover of language and literature — it was so much fun being in her class.

Because of the energy crisis, daylight savings rules had been instituted year round. Our class was at 8 a.m. We would be gathered in front of the Casa Hispanica on West 116th Street waiting for Mrs. de Ames to arrive. She would always seem to be running down the street breathlessly, just in time, and would unlock the front door of the building, fumbling with the keys. It was always dark because of daylight savings, not usual for that hour in the morning.

(In his country of iron lives the grand old man / beautiful as a patriarch, serene and holy. / He has in the Olympian wrinkle of his brow / something that prevails and conquers with noble charm.)

In one class, Mrs. de Ames asked, spontaneously — without there being any connection to the lesson — “Quien escribiò Hojas de yierba?” (who wrote Leaves of Grass?). I answered quickly, “Walt Whitman.”

The rest of the class had no clue as to the question. I didn’t either — at first. But it was the kind of question upon which my brain operates fast. I thought, “escribiò”: the word must have something to do with writing — escribir is a Spanish verb meaning to write and has the same root as the English word scribe.

“Hojas de yierba” stumped me for a nanosecond. Then, I thought: “yierba,” sounds like “herbs”; must mean something like grass. So the question must refer to someone who wrote about grass. (I didn’t know what “hojas,” leaves, meant.) It could only be Whitman. Who else wrote about GRASS?

Mrs. de Ames was impressed. So was the rest of the class. There was a bright, friendly law school student in the class. He was rubbing his forehead and asked me with incredulity, “how did you ever get that one?”

Postscript: I have wondered what became of Mrs. de Ames: what her academic career was like and where she might be now. I have been unable to locate her.