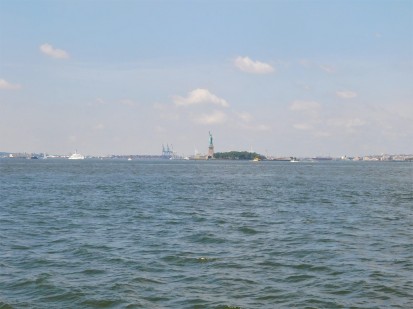 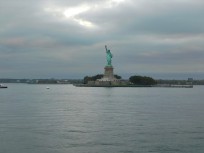 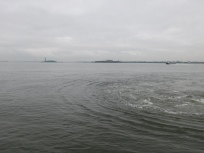 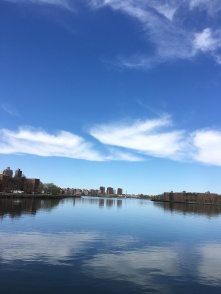 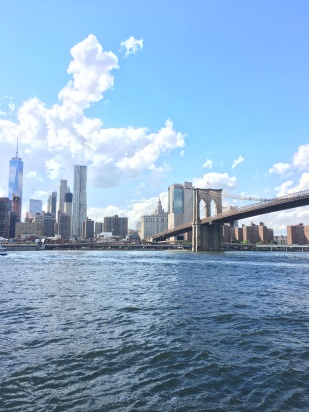 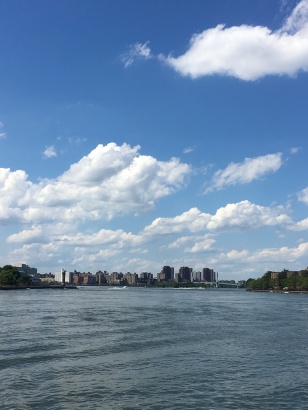 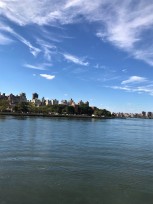 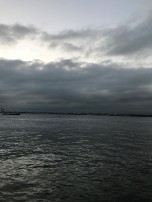 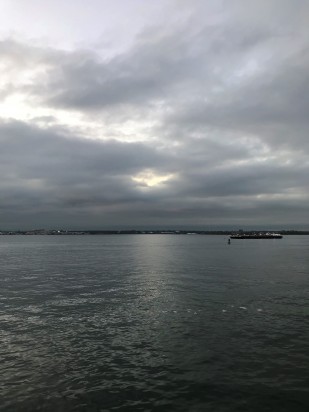 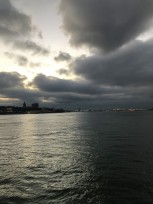 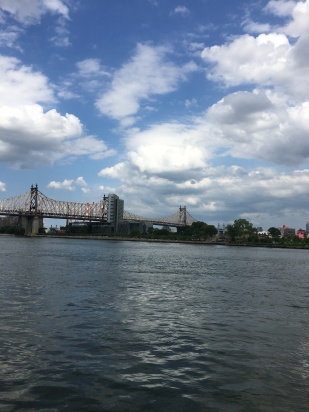 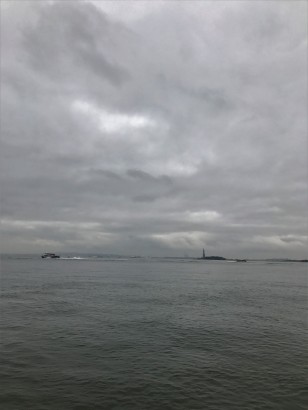 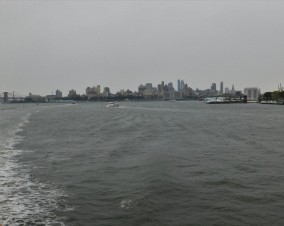 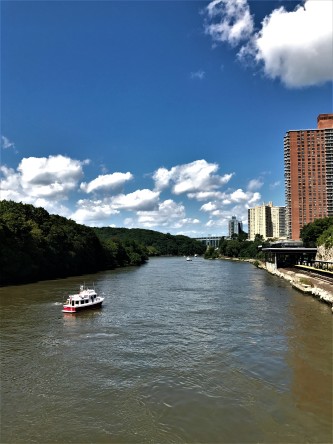 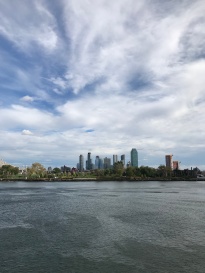 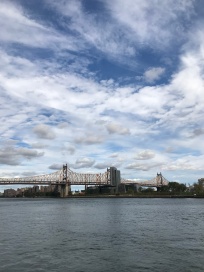 The photographs posted here above were all taken by me within the past few months in Manhattan, Brooklyn, and Queens, NYC.

I love skylines, love dense clouds. New York City has wonderful skylines. You can’t really see them from Manhattan, but you can from the waterside and from the outer boroughs, which have lower buildings.

It is wonderful that Manhattan is an island bounded by water: the ocean (New York Harbor), the East River, the Hudson River, the Harlem River.

One thing this does is prevent urban sprawl and the development of a megalopolis ending nowhere.

It also gives the city an almost enchanted quality or aspect.

As Herman Melville put it in Moby-Dick (Chapter 1, ‘Loomings”):

There now is your insular city of the Manhattoes, belted round by wharves as Indian isles by coral reefs—commerce surrounds it with her surf. Right and left, the streets take you waterward. Its extreme downtown is the battery, where that noble mole is washed by waves, and cooled by breezes, which a few hours previous were out of sight of land. Look at the crowds of water-gazers there.

Circumambulate the city of a dreamy Sabbath afternoon. Go from Corlears Hook to Coenties Slip, and from thence, by Whitehall, northward. What do you see?—Posted like silent sentinels all around the town, stand thousands upon thousands of mortal men fixed in ocean reveries. Some leaning against the spiles; some seated upon the pier-heads; some looking over the bulwarks of ships from China; some high aloft in the rigging, as if striving to get a still better seaward peep. But these are all landsmen; of week days pent up in lath and plaster—tied to counters, nailed to benches, clinched to desks. How then is this? Are the green fields gone? What do they here?

But look! here come more crowds, pacing straight for the water, and seemingly bound for a dive. Strange! Nothing will content them but the extremest limit of the land; loitering under the shady lee of yonder warehouses will not suffice. No. They must get just as nigh the water as they possibly can without falling in. And there they stand—miles of them—leagues. Inlanders all, they come from lanes and alleys, streets and avenues—north, east, south, and west. Yet here they all unite. Tell me, does the magnetic virtue of the needles of the compasses of all those ships attract them thither? … There is magic in it. Let the most absent-minded of men be plunged in his deepest reveries—stand that man on his legs, set his feet a-going, and he will infallibly lead you to water. … Yes, as every one knows, meditation and water are wedded for ever.

6 thoughts on “an island … a city surrounded by WATER”