Moguer, the poet’s home town, is the setting for his beloved book of prose poetry Platero y yo (Platero and I).

Juan Ramón Jiménez (1881–1958) was a Spanish poet who received the Nobel Prize in Literature in 1956 for “his lyrical poetry, which in the Spanish language constitutes an example of high spirit and artistical purity.”

Jiménez is one my favorite authors and has been so ever since high school when I read Platero y yo, his most famous book, in English translation.

Zenobia Camprubí (1887–1956) was the poet’s wife. She herself was a writer and poet and the translator of the works of Rabindranath Tagore.

I traveled to Andalusia in May and June of this year with a friend. Jiménez’s birthplace in Moguer, now a museum, was a must see, partly because Platero and yo is suffused with local color.

The museum was well worth the visit. 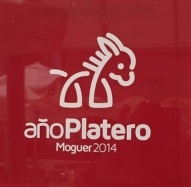 Public sign, Moguer, Spain. Moguer was the birthplace of poet Juan Ramón Jiménez. The year 2014 was the centennial of the publication of Jiménez’s Platero y yo.

The Casa-Museo Zenobia y Juan Ramón Jiménez in Moguer, Span is about five minutes from the town center, shown here.

Nicaraguan poet Rubén Darío (1867-1916) was an early admirer of Jiménez. His letter to the latter begins “Mi amado Poeta” (my beloved poet). 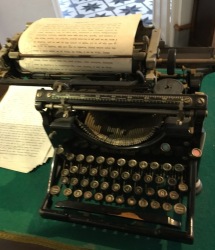 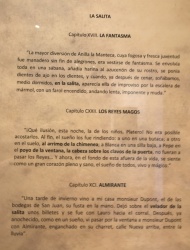 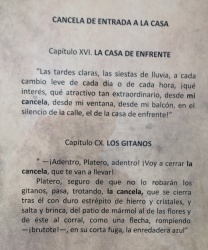 typescript, Chapter XVI of Platero y yo, “la Casa de Enfrente” (The House Across the Street) 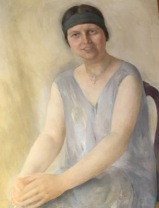 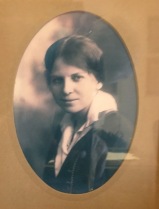 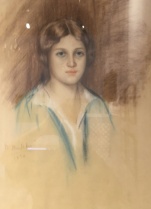 Zenobia Camprubí Aymar (1887–1956), wife of the poet Juan Ramón Jiménez, was a writer, poet, and translator. 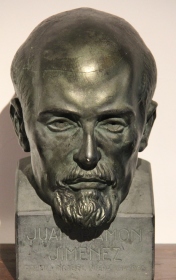 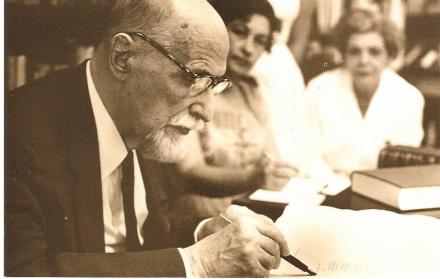 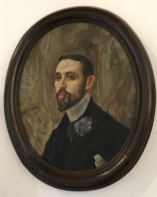 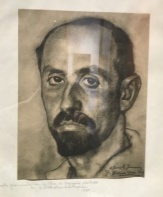 photo of Juan Ramón Jiménez as a young man 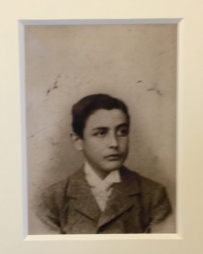 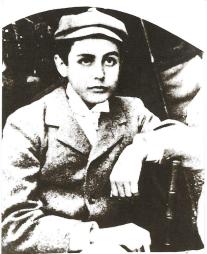 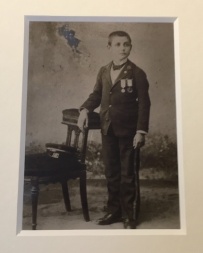 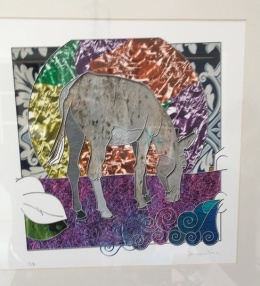 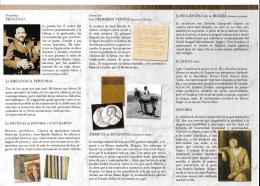 summary of the exhibit 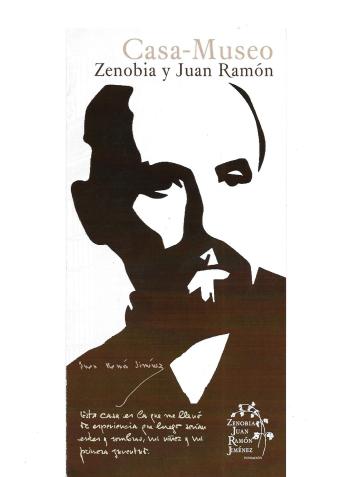 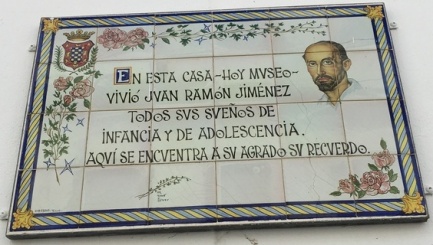 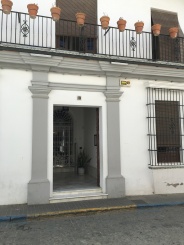