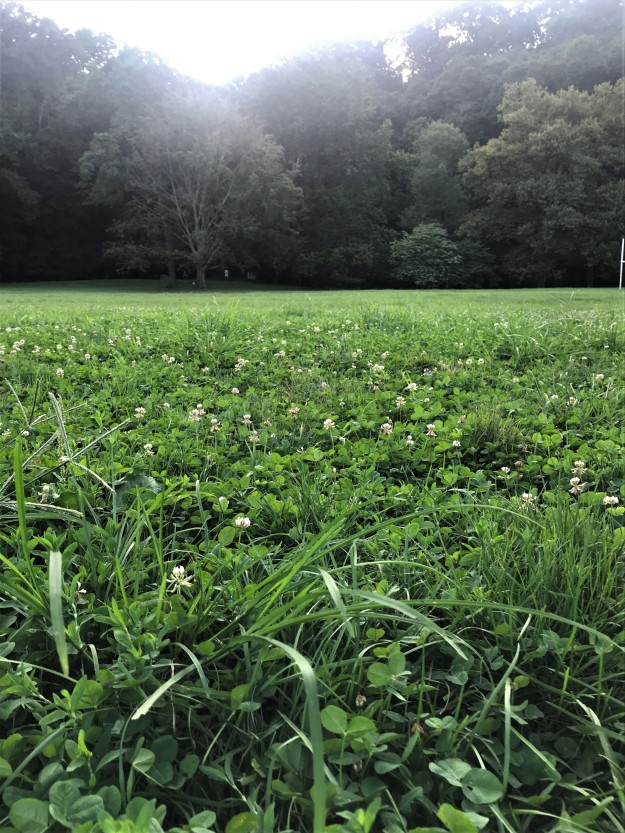 A child said, What is the grass? fetching it to me with full
hands;
How could I answer the child?. . . .I do not know what it
is any more than he.

I guess it must be the flag of my disposition, out of hopeful
green stuff woven.

Or I guess it is the handkerchief of the Lord,
A scented gift and remembrancer designedly dropped,
Bearing the owner’s name someway in the corners, that we
may see and remark, and say Whose?

Or I guess the grass is itself a child. . . .the produced babe
of the vegetation.

Or I guess it is a uniform hieroglyphic,
And it means, Sprouting alike in broad zones and narrow
zones,
Growing among black folks as among white,
Kanuck, Tuckahoe, Congressman, Cuff, I give them the
same, I receive them the same.

And now it seems to me the beautiful uncut hair of graves.

Tenderly will I use you curling grass,
It may be you transpire from the breasts of young men,
It may be if I had known them I would have loved them;
It may be you are from old people and from women, and
from offspring taken soon out of their mother’s laps,
And here you are the mother’s laps.

This grass is very dark to be from the white heads of old
mothers,
Darker than the colorless beards of old men,
Dark to come from under the faint red roofs of mouths.

O I perceive after all so many uttering tongues!
And I perceive they do not come from the roofs of mouths
for nothing.

They are alive and well somewhere;
The smallest sprouts show there is really no death,
And if ever there was it led forward life, and does not wait
at the end to arrest it,
And ceased the moment life appeared.

All goes onward and outward. . . . and nothing collapses,
And to die is different from what any one supposed, and
luckier.

I wish to thank Elisabeth van der Meer for sharing her photograph from her adopted country, Finland, with me, and for giving me permission to post it.